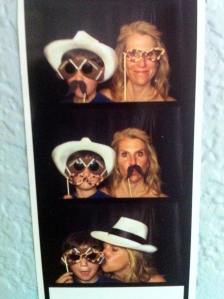 Have you ever noticed that sometimes you can go months without thinking about something and then, suddenly, circumstances present that idea to you repeatedly within a short time span, bringing it back to the forefront of your mind? Well, that happened to me this weekend with the idea of growing old. After my 44th birthday at the end of May, I’d kind of drop kicked the getting old concept right out of my head. I didn’t want to think about it anymore. It was too depressing. This weekend, however, I had several conversations about how people are living to be reasonably old these days. Elderly people can live long enough that they, like my grandmother, wonder when they will ever die.

When I was a kid, way back in the 1970s, people talked about wanting to live to a “ripe, old age.” Now that many more people are living well into and beyond their late 80s and early 90s, though, that song and dance about aging has changed. Recently I more often hear people saying they hope they don’t live to be too old. It’s the whole retirement thing. People look forward to retirement, so they retire early. You could very easily retire at 65 today, though, live to be 95, and run out of your retirement savings. That’s a grim prospect.

My grandfathers retired at 65. Neither of them lived to be 75. They didn’t have a lot of time to enjoy their “golden years,” but they also didn’t outlive their pensions either. My grandmothers lived to be 93. They both ended up penniless in less than idyllic nursing homes (not that I think any nursing home situation is idyllic but you know what I mean). When I think about those two options, I have to believe that my grandfathers ended up with the better part of the deal. I’m not entirely sure I want to live to be 98 like the woman who shared a nursing home room with my grandmother during her last six weeks on earth. That poor woman had outlived everyone. She had one relative, and he lived in another state. She was alone and bedridden in a nursing home. No. Thank. You.

Although I seem to be getting older at a rate faster than I would prefer, living to a ripe old age doesn’t appeal to me. What is the benefit in living thirty years beyond your retirement party if you can never afford to party again? I’m not looking to die young (or, in my case, young-ish), but I’m not sure that living to 100 is the greatest bargain either. When I was in college working at the campus movie theater, I got to see Harold and Maude, which is a quirky cult film about a young man obsessed with death. He meets a robust 79 year old woman who believes in living every day to its fullest. It’s Maude’s assertion that 80 is the perfect age to die. When I was 20, I thought Maude had the right idea. Now as I dance ever closer to her magical number, I still find myself thinking she was onto something. But, you might want to ask me about it again when I’m 79 years and 11 months and see if I’ve changed my mind.