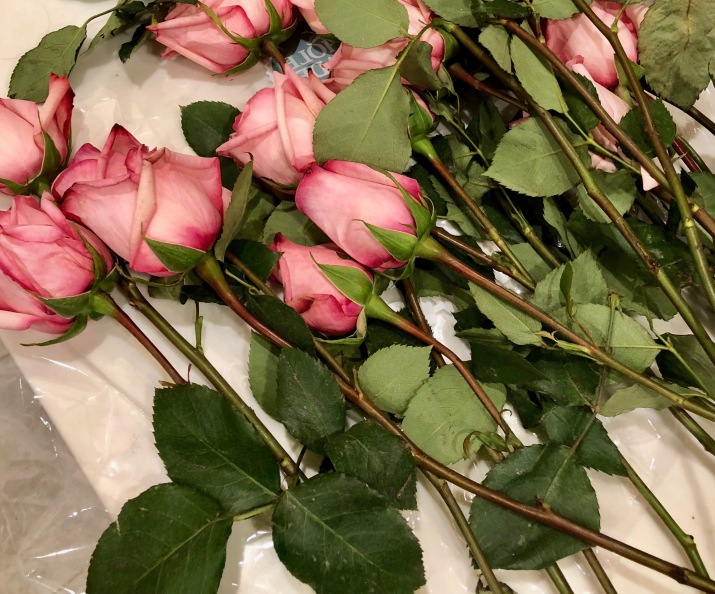 It’s Valentine’s Day, the one day of the year when expectations of all ilks band together to form a super group of disappointment. You might recognize some of their greatest Country hits.

Traditionally, this has not been my favorite holiday because I’ve never been great with expectations. Based on something that happened last night with my son, however, I have evidence my attitude may be changing.

Him: “If I wanted to buy some flowers, what would be the best way to do that?”

Me: *silently processing* Flowers? What for? Oh shit. It’s Valentine’s Day tomorrow. OMG. This may be the cutest thing he’s ever said. *squeal* Act cool. Don’t let on that he’s being adorable. And, for holy lizard’s sake, don’t be patronizing. Whatever you do, do not ask who they are for. Crap. Where will we find roses in the morning before school and how early will we have to get to the store? Maybe we should go tonight. Oh man. I don’t want to drive all over town tonight. If we go quickly, maybe I can still catch the men’s half-pipe finals.

“We could hit Whole Foods after dinner if that sounds good,” I replied with my best game face, as if it were barely an issue. “Whole Foods usually has nice flowers.”

We geared up and drove the five minutes to the store and, being Mom and being something of an expert on expectations, I prepared him for multiple scenarios surrounding the endeavor. There could be no flowers left. There could be a million flower choices. The store might be inordinately busy. The flowers might be more expensive than he was thinking. We might have to go to a few different places. He might have to change his game plan.

He seemed not at all fazed by the prospects. He shared that some of his friends said he was crazy. Some expressed concern he would get hurt. Some said nothing because they had done something similar last year and were reserving judgment. I told him that if he was being honest about his intentions, there was no way to lose. If you act from a place of thoughtfulness without return expectation, you can’t go wrong. Giving should make you feel good, no matter where it leads. The act of giving selflessly is actually a gift for you too.

He was in luck. Whole Foods had dozens of buckets of roses. He had (quite charmingly) done his research about the meanings of rose colors and had decided against yellow. He and the recipient were already friends, so friendship roses seemed to express the obvious. He further knew that red roses were way beyond what would be proportionate to his feelings. He decided on light pink roses so she would know he admired and appreciated her. We inspected the pink rose bouquets to select the optimal bunch. I helped him pick out a small, blank card in which he would later write “Happy Valentine’s Day from your friend” to make sure she knew he simply wanted to do something nice to make her day more special. When we got home, he selected four flowers from the assortment and we put them into a vase. 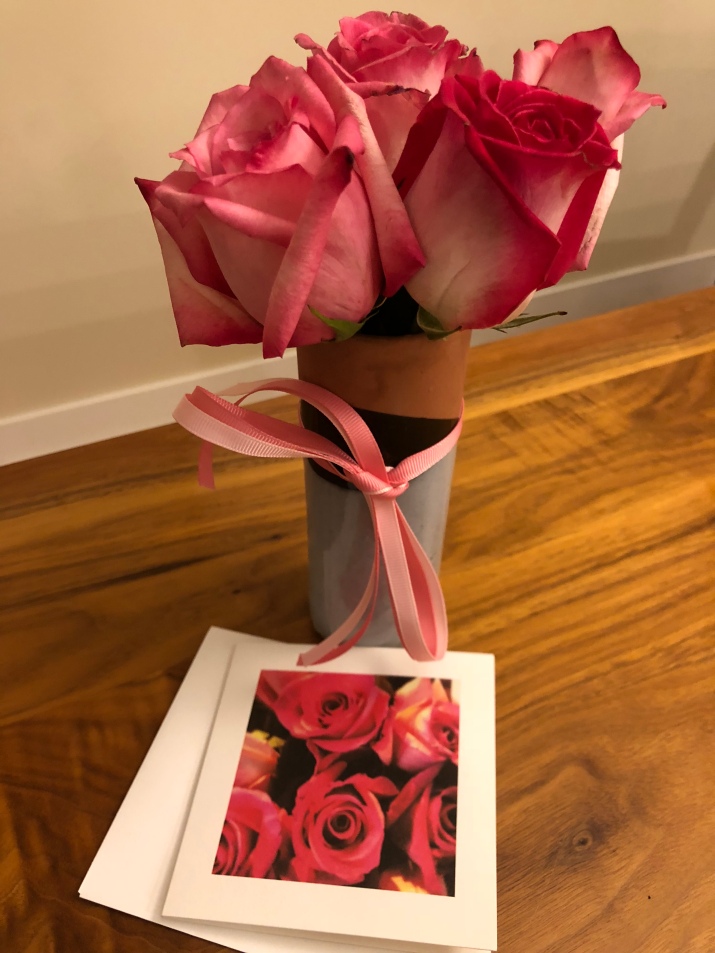 This morning he was nervous, not about the gift but about the managing of the gift. Where would he put the flowers until they saw each other? How much shade would his classmates give him? How awkward was his morning going to be? What had he gotten himself into? He had no idea what to expect. I told him that was a fair place to be and wished him godspeed.

I have spent most of my life sweating the constant, crushing, considerable heft of expectations. I was raised under them and unconsciously came to regard them as a weighted blanket, a comfortable and secure place from which to operate. Only recently have I examined them more closely and accepted their truths. Expecting too much from others or yourself only causes trouble. Expecting too little from yourself or others leaves your self-esteem vulnerable. Somewhere in the middle of that see saw, around the center at the pivot point, is the best place from which to ride life’s waves. I think I will find that sweet spot eventually. For now, I am enjoying the remainder of those pink roses we purchased last night, admiring and appreciating myself for getting closer to where I hope to be.