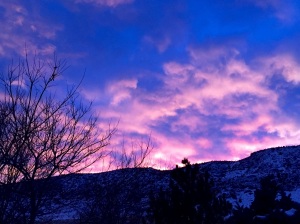 “You own everything that ever happened to you. Tell your stories. If people wanted you to write warmly about them, they should have behaved better.” ~Anne Lamott

I came upon this quote last year while reading Anne Lamott’s book about writing, Bird for Bird. It’s been traversing in and out of my head since then. It’s bold, brash, and unapologetic, like so many things Anne Lamott writes. Sadly, I am not Anne Lamott. And, as much as I love this statement, I’m paralyzed by it. It she actually suggesting that I write whatever I want without any concern about whom I might hurt in the process? To be honest, I’m not entirely sure if I’m that brazen yet. I’ve always been careful not to burn any bridges until I’m certain I don’t want to go back, and I don’t often find myself 100% certain about anything.

If my sister does something that irks me, is it honestly okay for me to blog about and then post to Facebook her transgression? I think I would hate it if tables were turned and my sister were the writer. I’d be scared to say or do anything around her for fear that I would end up as the next diatribe or anecdote in her blog. My sons already beg me not to write about things they’ve done. On a few occasions my husband, who is wholeheartedly supportive of my writing, requested I not share something he’s done. When does my right to tell my story outrank their right not to be lampooned on the World Wide Web?

Anne is right. These are my stories, and I should be able to tell them because as much as they belong to the others involved they also belong to me. I’ll be honest. I have a lot of kooky stories I could blog if I threw caution to the wind and ratted on the people in my life because my tribe is freaking crazy. I mean, of course they are. I am one of them. But just because they’re nutty doesn’t mean their privacy should be squandered.

So, I ask you. What is a writer to do? Am I honest and true to myself, my stories, my craft or am I fair and kind to my family and friends? If you’re a writer, how do you handle this? If you’re an unfortunate relative of a writer, how would you feel having your quirks and frailties littered across the internet?

I hope someday to be audacious enough to tell my stories. All of them. I guess between now and then I’ll have to figure out a way to do it without alienating people who matter. Or I’ll have to become such a skilled writer that I can craft a story so well that no one would dare dream of being offended by it.

I dislike elections for many reasons. The flyers from candidates litter my mailbox. The cold calls from campaign offices soliciting my vote always interrupt dinner. The non-stop political advertising on television makes me do the unthinkable…turn off my television. The constant barrage of information, disinformation, and misinformation create an epic cacophony in my brain. In the six months directly preceding any election, I completely understand why some people are driven down the rabbit hole only to reemerge in outhouse-sized shacks in the chilly environs of isolated Montana where they can quietly stew in their hatred whilst planning attacks on the misguided government. If the founding fathers were here today to witness the degradation of a political process they so highly esteemed, they would determine that they should have spent less time drafting a thoughtful constitution and more time drinking and fondling barmaids.

And, just when I thought that my distaste for the election process could not be amplified, Facebook and Twitter came along to prove me wrong. Now, in addition to the aforementioned flyers, cold calls, and television ads, I get to endure the rantings and ravings of people I once considered sane enough to befriend via social media. Of course, all these friends are convinced they are posting facts (and not bastardizations of information that once held a modicum of legitimacy). The links to articles from often dubious sources are usually chock full of erroneous factoids. If the links themselves weren’t bad enough, they are nearly always accompanied by a personal diatribe so vitriolic that I wish I could wash my brain out with soap. Sometimes it’s like seeing a display of their ugly nakedness that is now burned into my brain; I will never look at them the same way. It’s disturbing.

So, why do people who appear normal on most days suddenly become rabid political junkies who feel the need to express themselves endlessly before an election? I used to think it was because they thought they might be able to change a misguided mind (and by “misguided mind” I’m referring to the mind of someone whose political views differ from their own, clearly correct views). But, seriously…when does that ever work? Not to get all pop music on you, but John Mayer’s lyrics seem so apropos here: “Is there anyone who ever remembers changing their mind from the paint on a sign? Is there anyone who clearly recalls ever breaking rank at all for something someone yelled real loud one time?” It doesn’t happen. By the time we are adults, most of us have more or less determined the things that are important to us. Plus, we’re stubborn and don’t like to be told what to believe. So, when you post something in an attempt to discredit or belittle another viewpoint, people immediately go into childish “la la la” mode with their fingers in their ears. You will not persuade them no matter what you say because they stopped listening the minute you implied they were too stupid to know what is “right.” Your lack of respect for their views garnered nothing but an immediate lack of respect for yours.

Years ago, my well-meaning husband told me he wanted to form a new political party called the Manners Party. It’s his assertion that people in this nation have lost their ability to treat others with respect and common decency. People are no longer capable of holding their tongues and listening with open minds or holding a door open for a stranger or even giving up a seat for someone who needs it more. We’ve become a nation of individuals with little or no concern for anyone or anything but ourselves. We’re the only ones who matter, the only ones who know anything. We’re a nation of people who feel we deserve something whether or not we’ve earned it. Just because we have rights to freedom of speech and freedom of the press does not mean we should use our rights to chastise, attack, or otherwise denigrate those with whom we do not agree. The media attacks on political candidates are only worsened through the use of social media. Blatant untruths about political candidates are bandied about on Facebook as if they were hand delivered by God. Anyone can say anything, and they usually do.

When I was younger, I looked forward to elections because they gave me the opportunity to learn more about the candidates and the political process. Now elections only offer me the opportunity to learn more about the self-righteous political views of my friends and associates, as presented through whatever biased, self-promotional media outlet they’ve chosen to revere. Oh…I still try to look forward to elections. But now I look forward to them in the knowledge that as soon as they’re over my social media news feeds will go back to being filled with random quotes from cute kids and clever ideas reposted from Pinterest that remind me that, underneath our political posturing and self-serving rants, we aren’t that different after all. We all enjoy a good lolcats once in a while.