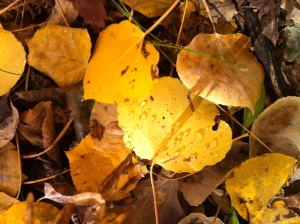 A horrible event gripped the Denver community over the past week. A ten year old girl went missing on her way to meet friends just a couple short blocks from her home on her way to school. As soon as it was determined that her whereabouts were unknown, an Amber Alert went out for her. Now, seven days later we know she is gone forever. The details of what happened in her last few hours here on earth are unknown, but the disturbing end she met is obvious. When the news broke that a body had been found (“not in tact” was the terminology the police used) less than ten miles from where police had found her abandoned backpack, I knew. I think we all did. The unspeakable would be spoken to her parents.

Before I became a mother, I thought these stories were sad and tragic. I could keep perspective about them, though, because I didn’t have parenting experience myself. Now that I have children of my own, though, children who are around the age of the young girl who senselessly murdered this week, the pain is visceral. My heart breaks for her parents who will undoubtedly go over and over in their heads what they, in retrospect, wish they would have done differently that day. They will ask themselves myriad unanswerable questions. Why hadn’t they walked with her to meet her friends? Why didn’t they realize sooner something was amiss? Why did it have to be her at all?

You’ve heard the expression “the truth shall set you free.” Well….the truth is that life is filled with mystery, uncertainty, chaos, tragedy, and barely imaginable acts of horror that can never be explained, much less understood. Yet, we continue to try to find meaning where there is none. There is no way to fix the loss these parents feel. There is no way to bring Jessica back. But, I find some comfort in my own life in accepting that some things in life are out of our control. I wish I could tell Jessica’s parents that they did nothing wrong. They were doing everything right, giving their daughter the freedom to grow and become independent, and the unbelievable happened because sometimes things happen despite our best intentions. Some questions in life cannot be answered. And, any question surrounding what happened to this sweet girl is among those questions. I hope her parents find some peace someday, the kind of peace that can only come when we accept that we are not in control on this big spinning ball. We’re just not. Control is an illusion and we need to let go of it.